Plant a tree in memory of ANNA
An environmentally-friendly option 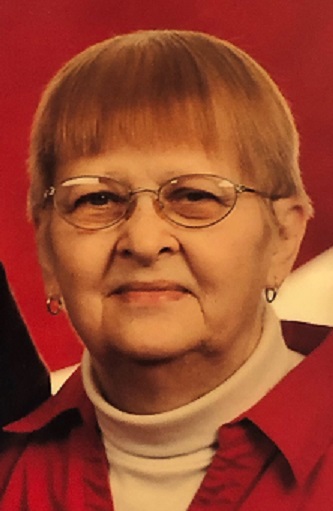 Anna was born on April 12, 1945, at Moscow, ID to Edward and Rena (Cole) Bysegger.  She was raised on the family farm on East Deep Creek, north of Potlatch, that was homesteaded by her paternal grandparents who had emigrated from Switzerland. She attended public school in Potlatch, played trombone in the Logger Band, and graduated from Potlatch High School in 1963.  Anna then attended Cascade College in Portland, OR, before returning to North Idaho and attending classes at the University of Idaho.

Anna was employed at the University of Idaho in the University Library as a secretary for several years, where she would meet her future husband. On one of several trips they took together to visit friends in Portland, Paul Clough Conditt proposed to Anna as they watched the sun rise over the Bonneville Fish Hatchery. In a near miss, Paul's car slipped out of gear and rolled into a pond of sturgeon, resulting in the happy couple having to drive the rest of the way home in a wet car.

She was married to Paul Clough Conditt on June 25, 1971, in Potlatch, ID at a service officiated by Paul’s father, Marion U. Conditt. The couple made their home at Moscow, ID, where Anna conducted a successful home business as a typist for many years.  Anna prepared many manuscripts, graduate theses, and several published books for students and professors.  When Anna typed a page, her customers knew it would be done right.  Many of these typing jobs were for international students and she remained in close contact with them for years after they left Moscow.  She transitioned her career to medical transcription for several doctors at Moscow Family Medicine.

Anna was an avid bowler and participated in several leagues in Moscow.  In addition, she also served on the board of the Latah County Historical Society and the Moscow High School Bear Band Boosters. Anna loved watching NASCAR racing while knitting beautiful afghans and sweaters and counted her attendance at the inaugural Brickyard 500 in Indianapolis as a treasured memory. Together, Paul and Anna drove many thousands of miles together: road trips to the east coast and Midwest frequently included stops at Anna's favorite national park, Theodore Roosevelt National Park.

Her smile and good cheer were captivating and she will be deeply missed by all who knew and loved her.

A memorial graveside service will be held at a later date at the Freeze Cemetery.

Kramer Funeral Home of Palouse, Washington is caring for the family.  Online condolences may be left at www.kramercares.com

Plant a tree in memory of ANNA by clicking here.
To send flowers to ANNA's family, please visit our floral store.

Services are to be announced

Plant a tree in memory of ANNA
An environmentally-friendly option

Plant a tree in memory of ANNA

1 tree planted in memory of ANNA

Hi Paul - I never knew Anna was from Potlatch!  That is where my family is from.  I enjoyed working with you over the years, and it was always a treat to see Anna.  Thinking of you and send my thoughts and prayers.  -- Karen Davis Morris (UofI Library)

A Memorial Tree was planted for ANNA LOU CONDITT

Plant a tree in memory of ANNA